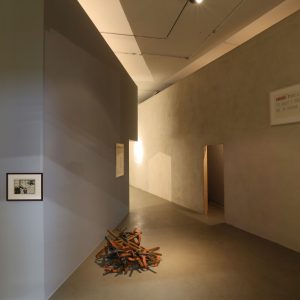 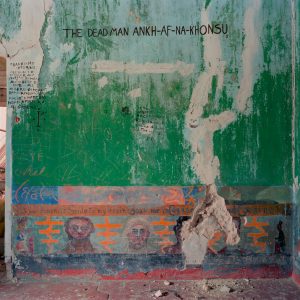 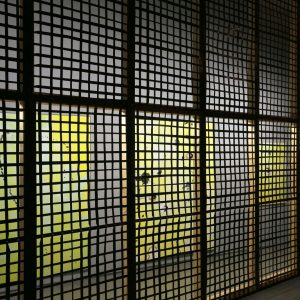 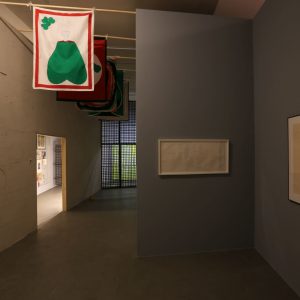 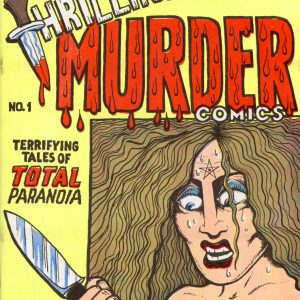 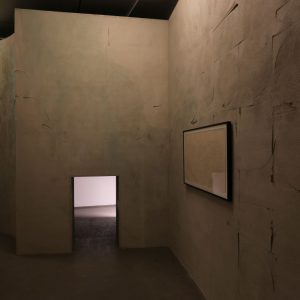 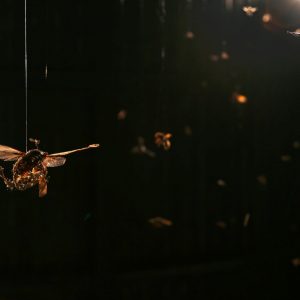 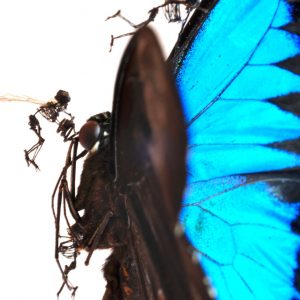 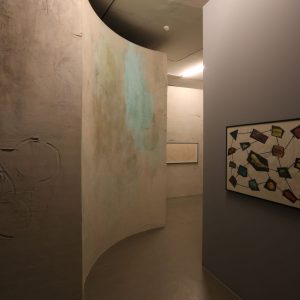 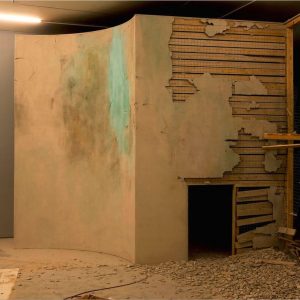 A World of Wild Doubt

The starting point of this exhibition is the novel The Man Who Was Thursday by British poet G. K. Chesterton from 1908. This mysterious crime story about a seven-headed anarchist council, which actually consists of spies from the London secret police, addresses a world in a permanent state of emergency. Yet in the end, the real danger emanates from artists and intellectuals. The text weaves an unsettling web out of surveillance and anxieties, takes unexpected metaphysical turns and ends in utter chaos. Nothing less than the question of what constitutes genuine anarchy is negotiated. Are the policemen who defend law and order the real anarchists? Is the law necessarily based on the act of its transgression?
However, A World of Wild Doubt is not so much an exhibition about The Man Who Was Thursday as it is a curatorial experiment with the novel. We are not interested in a scholarly interpretation; instead, visitors embark on a journey full of associations, historical and contemporary references, ambiguous moods as well as grotesque situations. For this purpose two artists build and design spaces that deal critically with scenographical architecture. The atmospheres conjured up in the book, ranging from discomfort to paranoia, resonate in many ways with the present. In a time when the German intelligence service enables assassinations by neo-Nazis, or criminal banksters loot globalised financial markets, political-philosophical ambiguity, as described by Chesterton with its causes and consequences, is as red-hot as the question of whether a system can be reformed from within or has to be detonated by a coming insurrection. Thus, A World of Wild Doubt fuses the scepticism of classical modernity towards absolute freedom with contemporary attitudes. Additionally, the show formulates a criticism of the dominance of neoliberal and plutocratic models of society. But The Man Who Was Thursday is also a defence of nonsense. And this denial of logic is taken very seriously, considering that the novel’s subtitle reads: A Nightmare. This pessimistic, anti-modernist tenor is countered by the liberating forces of artistic practices without being escapist. Bourgeois anxieties of revolts and the power of law guarded by (anarchist) policemen are questioned with British humour.
All of these areas are reflected upon and developed further by the participating artists. Some works are made especially for A World of Wild Doubt; other positions confirm the worst forebodings or formulate alternatives. Additionally, the so-called Wonderwall assembles diverse materials such as early anarchist pamphlets, punk records, books, comics, printed graphic works, and ephemera.
Visitors will receive a reprint of the German version of the novel; in March 2013 a catalogue will be published by Sternberg Press. The exhibition, together with accompanying talks and events, will provide impetus to develop alternative strategies and to discuss how the current crises can be faced, other than with resignation.

In September 2011 the Kunstverein Hamburg hosted a charity auction for the benefit of the institution. In addition to many works by artists who had exhibited at this venue in the past, a carte blanche for an exhibition was also raffled. This lot was aquired by Michael Liebelt, who, together with Dorothee Böhm, Petra Lange-Berndt and Dietmar Rübel, is curating A World of Wild Doubt in the ground floor space of the kunstverein.